One simply cannot talk about India’s beauty without mentioning its most iconic piece of art—the ethereal Taj Mahal. Mughal emperor Shah Jahan built this marble mausoleum in the 1600s as a monument of “undying love” in memory of his third wife, Mumtaz Mahal; they are both buried here. The tomb’s imposing ivory-white façade, a feat of Mughal architect and now a UNESCO World Heritage Site, attracts upwards of 8 million visitors a year.

Rajasthan’s desert capital is affectionately known as the “Pink City” owning to the pink walls of its fortresses and palaces, though that wasn’t always the case. In preparation for the visit of Print Albert and Queen Victoria in 1876, Maharaja Ram Singh of Jaipur painted the entire city pink—the color representing hospitality—in preparation. Residents continue the tradition. One cannot pass through without paying a visit to the 16th-century hilltop Amber Fort, the City Palace, and the red sandstone Hawa Mahal—also known as the Palace of the Winds—whose window-filled high wall allowed royal females to watch the street below unseen.

The village of Abhaneri, outside Jaipur, is not on every tourist’s map—which makes what lies inside it truly a hidden gem. This is the home of Chand Baori, a 1,200-year-old, four-sided stepwell whose 13 stories of 3,400 perfectly symmetrical terraced steps pack a visual punch. Back before irrigation, stepwells were built in India’s arid regions to provide water for residents year-round.

Now that you know about Rajasthan’s “Pink City” (Jaipur), it’s time to meet its “Blue City”—Jodhpur, arguably one of the most Instagrammable places in all of India. The name doesn’t lie: the city’s oldest sections are a jumble of buildings in the brightest shades of blue you can imagine, set together along narrow medieval streets that empty out into bazaars and public squares. For a bird’s-eye view of it all, head 400 feet above the city to the massive Mehrangarh Fort, whose construction, begun in 1459, took so long to complete (500 years or so) that multiple architectural styles are represented.

Non-locals require a permit (and a knowledgeable guide) to reach this cold desert valley, perched 10,000 feet above sea level in remote Ladakh, but what you’ll find here will take your breath away. Nubra’s lunar-like landscape is the result of little to no precipitation, so lack of vegetation leaves the spotlight entirely on its glaciated mountain peaks, desolate hinterlands, and a smattering of ancient Buddhist monasteries and tiny settlements built up along the roadside, all strung with prayer flags. A single “motorable road” carves its way through the valley. Our more preferred mode of transportation? Bactrian camel!

“The jewel in the crown of Kashmir,” as you might now guess, is the place to see in Kashmir valley. At Dal Lake, the tuk-tuk life of India’s frenetic cities is traded for slow cruises along the water in traditional wooden shikaras (similar to a canoe), where fishermen paddle their way to and from ornate houseboats lining the shore and the lake’s famous floating market to peddle just-picked fruit and vegetables or flowers. Another landmark is the Shalimar Bagh, on the lake’s right bank—lauded as the finest Mughal garden in all of India.

This tropical state in southern India is growing in popularity, though we still find it hard to understand why it hasn’t always topped travelers’ bucket lists. The best of the region lies in two distinct landscapes, one being the scenic tea and spice plantations of Munnar (also loved for its camping, trekking, and wildlife spotting). The Tata Tea Museum is a must for tea-lovers looking for more on tea history and production. Kerala’s other (and arguably more famous) region is its backwaters, a network of lagoons linked by canals fringed with palm trees, stilted villages, and rice paddies. The easiest way to take it all in is by houseboat, which meander their way downriver and make for a seriously relaxing sojourn.

As far as natural beauty is concerned, it doesn’t get much better than Yumthang Valley in North Sikkim’s high Himalayan mountains, known as the “Valley of Flowers.” Every July to September, trekkers are allowed into the valley, whose sloping meadows are temporarily set ablaze with the colors of several hundred species of orchids, rhododendrons, and native wildflowers. On your hike, keep your eyes peeled for local residents including blue sheep and musk deer.

Extensive pollution has muddled the waters and reputation of the mighty river Ganges, but nevertheless, it remains a holy lifeline of Hinduism in India. Two of the country’s oldest and holiest cities—Varanasi and Haridwar—are built along the river’s banks, where Hindus worldwide make the pilgrimage in order to submerge themselves and wash away their sins. Not far from Haridwar, but still along the river, is Rishikesh—the self-prescribed yoga capital of the world.

One look at Athirapally and you’ll understand why they nicknamed it “The Niagara Falls of India.” The Chalakudy River takes an 80-foot plunge over a curtain of jutting rock, surrounded on all sides by thick jungle home to migratory birds like the hornbill.

The 77,000 square miles that make up India’s sprawling Thar Desert, known also as the Great Indian Desert, draw a nigh-impenetrable line between India and Pakistan, but you only have to venture so far as Jodhpur or Jaisalmer to catch a glimpse of its shifting dunes and desert culture. Time your visit with the Desert Festival to see Thar women in traditional garb making the journey with their great pots of water, the unique—and deeply traditional—competitions involving turban tying and camel dress-up, and performances in folk music and dance. 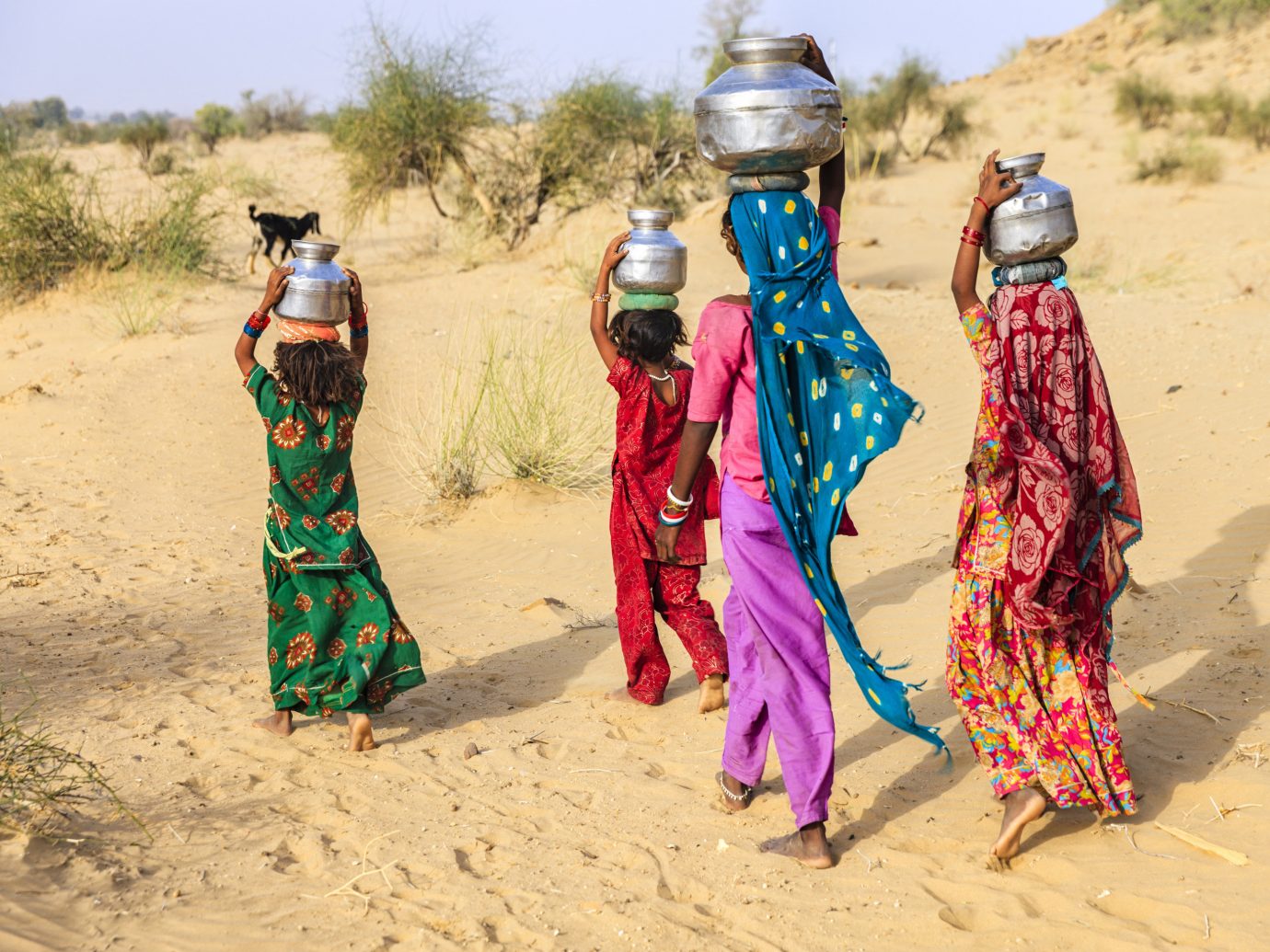 The 9 Best Hotels in Bali